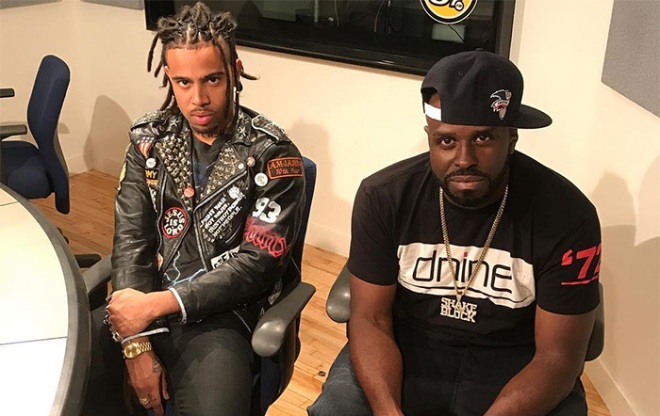 Hov told me, ‘Vic keep a foot on they neck’

Chicago’s own, Vic Mensa, dropped through Hot 97 for a freestyle with Funk Flex. Vic’s latest album, Autobiography, proved his musical versatility, crossing genre boundaries while sharing the untold story of Southside Chicagoans snubbed of their opportunities to chase their dreams.

If the doubters are still doubting, this freestyle proved his ability to go blow for blow with full fledged battle rappers. The five-minute video provides enough material to fill any one’s Instagram captions plus some to silence those who undermined his steady rise in the hip-hop world.

The youth is lost, they say they need someone to believe in.
We forgot the dream since Martin Luther’s Kingdom
We ain’t in Kansas no more, Toto
Them yellow bricks on the road filled with bricks and coke
Folks post on cold blocks where po’po don’t go
and ambulances don’t show if you’re black and Latino
Happy yuppies move in with puppies and cappacinos
and try to take it all like Ginger in Casino